On April 10th I was privileged to serve as a judge for ASA’s DataFest 2016 at Loyola University in Chicago. Joining me on the judging panel were my colleague Collin Bennett, also from Open Data, and Rob Arthur from FiveThirtyEight. DataFest was hosted by Greg Matthews from the Mathematics and Statistics Department at Loyola.

On Friday afternoon, fourteen teams of students were given until Sunday morning to analyze data provided by a surprise client. On Sunday, after completing their analyses, teams were given five minutes each to present their results to the judges and the other teams. Competitions are still being held at campuses across the country, so I can’t talk about the content or nature of the data. But I can talk about the teams and the experience.

First let me say what a great learning experience this is for students. I encourage all stat and data science departments to consider hosting DataFest. Students are given the opportunity to collaborate on something that approaches a real world problem — although thankfully most data analyses don’t need to be conceived, executed, and presented in a weekend! Teamwork and creativity are essential for a successful DataFest entry.

I was greatly impressed by the enthusiasm of the student teams. Their task definitely took them outside the confines of the classroom and challenged them to craft a solution. During the presentations, it was clear that everyone was excited about participating and anxious to show off what they had done. The best teams were in many cases the best organized — they laid their goals out at the start of the presentation and then followed through with their results. As judges, we were impressed by the variety of approaches considered and the ability of the teams to come up with solutions in the time allotted.

In the end, prizes were awarded and speeches given, and everyone went home. For me it was a great way to spend part of a Sunday. For all of the budding data scientists who competed, it was an exhilarating, if exhausting, way to spend a weekend. I am sure everyone is already looking forward to DataFest 2017. 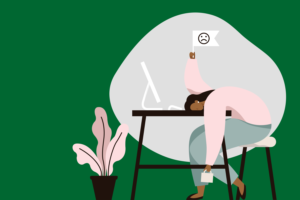 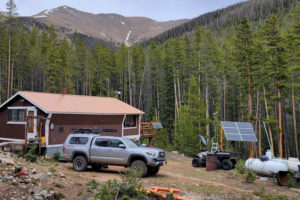 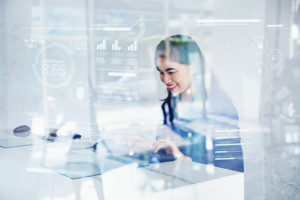 Govern and Scale Enterprise AI Initiatives
Contact Us for a Demo
Gartner Disclaimer
Any reference made to “ModelOps” is about model operations platforms, not the company ModelOp. Gartner does not endorse any vendor, product or service depicted in its research publications and does not advise technology users to select only those vendors with the highest ratings or other designation. Gartner research publications consist of the opinions of Gartner’s Research & Advisory organization and should not be construed as statements of fact. Gartner disclaims all warranties, expressed or implied, with respect to this research, including any warranties of merchantability or fitness for a particular purpose.